You’ll Love This Boy’s Letter to the Tooth Fairy, but You’ll Love the Hilarious Response Even More 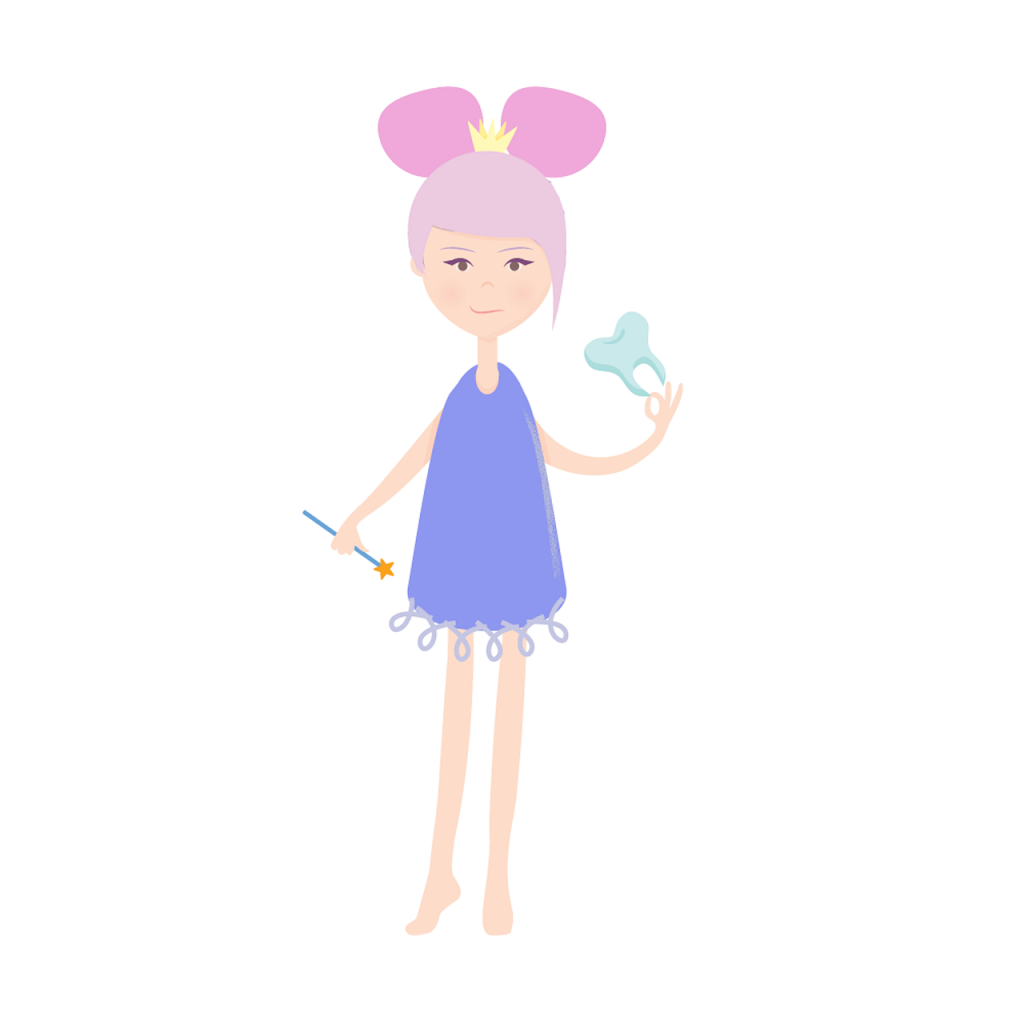 A little boy hoping to up the ante on the value of his lost tooth recently asked the tooth fairy to give him more than the $1 he received for his lost pearly white, according to this story posted on Reddit. (We guess the kid didn’t think a buck was enough for all the prodding, wiggling and apple eating he probably had to do to get the little tooth out of his mouth in the first place.)

After receiving his original cash prize, the gap-toothed kid did what any practical negotiator would do: he made a written request, delivered via pillow, to the Tooth Fairy to upgrade his $1 to $5.

This is the response he got:

“My name is Dee Kay,” the type-written letter begins. “My associate Tooth Fairy told me about your letter and I have been assigned to your case #092208-5. We have removed our Plaques from the wall, going 3 years EWI (extraction without incident), in order to focus and resolve your case.”

The letter goes on to say that the entire Tooth Fairy team needs to “brush up on our extraction skills, and the going rate for teeth” and that they have increased his “TPO (tooth pay out) by $1” — with the stipulation that should the bold little boy ever put a cavity-filled tooth under his pillow, he will “receive a bill to cover our costs of flight travel.” 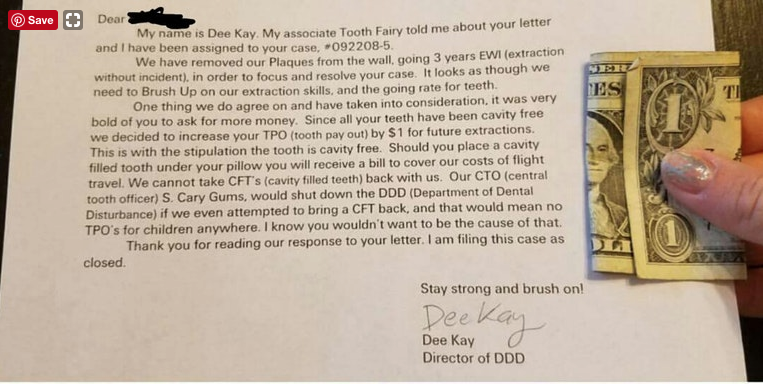 The Reddit post has already been viewed more than 37,000 times — and we’re guessing the letter (and the accompanying photo below) is going to be one for the baby books. 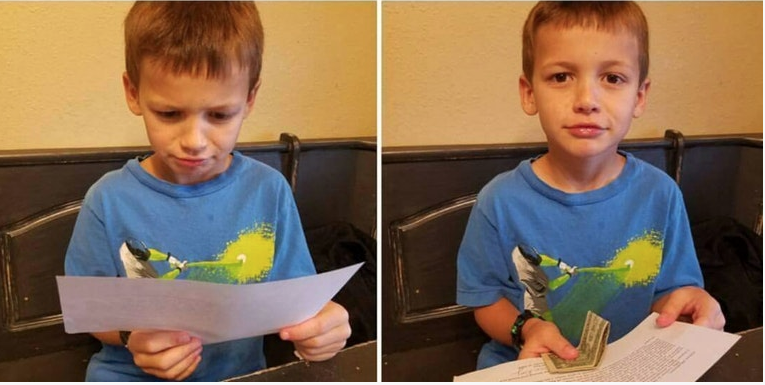 How much does the Tooth Fairy give your kids for a tooth? Tell us in the comments below.

Red Tricycle > News > You’ll Love This Boy’s Letter to the Tooth Fairy, but You’ll Love the Hilarious Response Even More