Young Black Female Leaders You Should Be Following 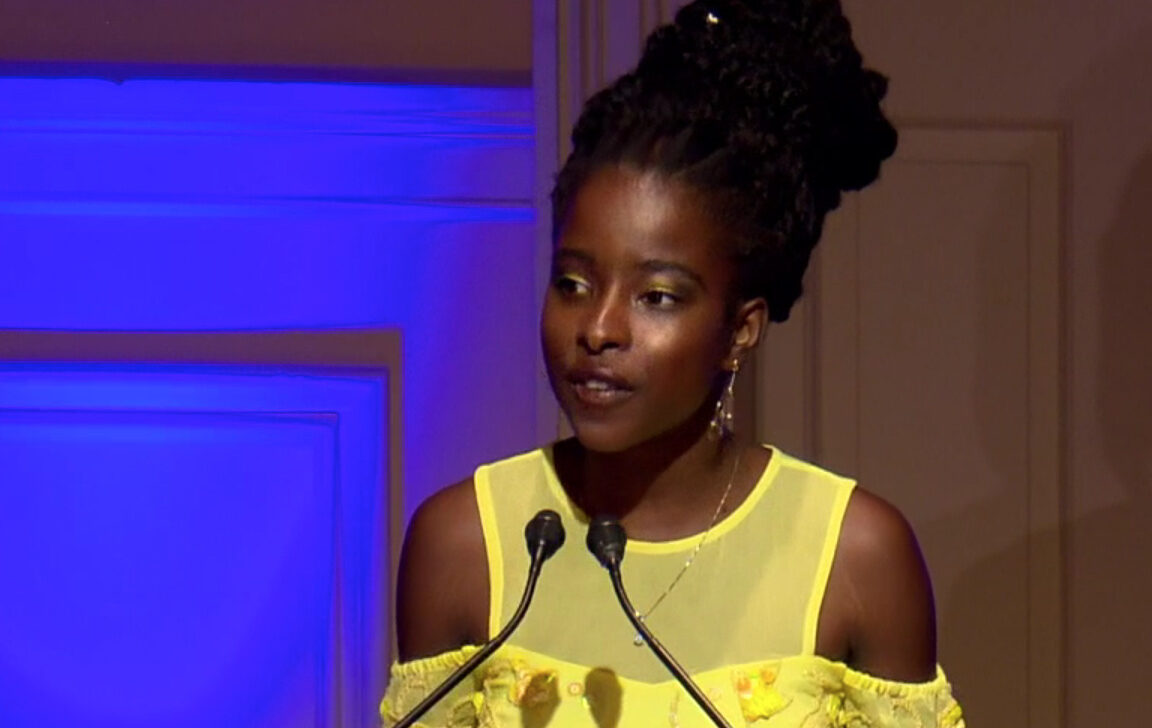 February is Black History Month, a time to remember, recognize, honor, and reflect on the achievements of African Americans. We’re talking about history-defining people like Harriet Tubman, a slave who led other slaves to freedom through the Underground Railroad; Martin Luther King, Jr. and Rosa Parks, who fought for equality in America; and Barack Obama, the first Black president of the United States.

Throughout the month of February, we’ll be sharing stories about Black leaders who’ve broken barriers, fought for equal rights, and made significant impacts throughout the history of the United States. This week, we begin with five young Black female leaders changing the world and making history.

1. Amanda Gorman (Poet, Author & Activist)
Amanda Gorman is a twenty-two-year-old poet whose poems touch upon race, feminism, and oppression. In 2017, Amanda Gorman became the first US National Youth Laureate—a title that’s given to one person who has shown mastery of poetry and/or the spoken word and advocates for social justice. In 2021, she recited an original poem at the US presidential inauguration, becoming the youngest-known person ever to achieve this. Her poem, “The Hill We Climb,” painted both the pain of the past and hope for the future. —By the Library of Congress, LOC, Public Domain

2. Mari Copeny (Clean Water Activist & Women’s March Ambassador)
When she was just eight years old, she wrote to then-president Barack Obama about the toxic water that was running through the pipes of her city, Flint, Michigan. In her letter, she asked that President Obama visit her city and lift people’s spirits. The president did visit and eventually declared a state of emergency for the toxic water crisis in Flint. Mari has continued to fight for clean water and has raised funds to support kids in need across the country. —Created by Hillel Steinberg via @Flickr CC by 2.0

3. Naomi Wadler (Anti-Gun Activist)
In 2018, Naomi Wadler led an eighteen-minute walkout at her elementary school in support of the March For Our Lives protests that were happening around the country. This protest represented the seventeen victims of the Parkland school shooting and the one African American girl who was a victim of gun violence at her school in Alabama. She later spoke in front of a massive crowd at the March For Our Lives rally In Washington, DC, and asked the country to remember the Black women and girls who are victims of gun violence, but who are often left out of newspapers. —Naomi WadlerTribeca Disruptive Innovation, CC BY-SA 3.0  via Wikimedia Commons

4. Marley Dias (Author & Activist)
In 2015, Marley Dias founded the campaign #1000BlackGirlBooks because she couldn’t find books where the main character looked like her. That had to change. She set up a book drive and a goal of collecting one thousand books where the main protagonist was female and Black. Since then, she’s expanded her efforts internationally and has written books herself. —Marley Dias by WBLS 107.5 NYC, CC by 3.0

5. Yara Shahidi (Actress & Activist)
Yara Shahidi may be a household name because of her recurring role on Black-ish and Grown-ish, but it’s her time away from the set that’s perhaps propelled her into an even bigger spotlight. From getting young people out to vote through her Eighteen x 18 initiative or speaking out on social justice issues, she’s using her star power to make a difference. —Yara Shahidi ColliderVideo, CC by 3.0, via Wikimedia Commons

We're two perfectly imperfect moms who have five very different kids between the two of us. We believe that topics in news are a fantastic way to spark conversations in families. That's why we started the Dinner Table Conversation series here at Xyza: News for Kids. Won't you join us in the conversation?
MORE FROM Joann Suen:
Harriet Tubman On Money
Red Tricycle > Parenting > Adulting 101 > Young Black Female Leaders You Should Be Following