Your Child is Ready to Get Rid of Their Lovey. But You’re Not. 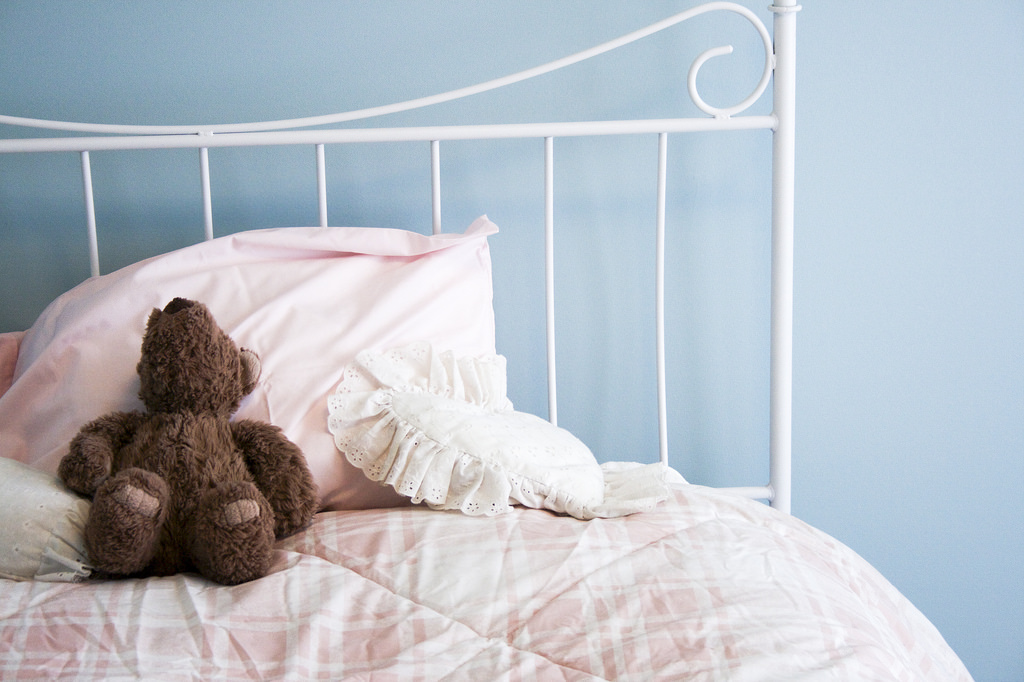 My daughter was 2 when a cheerful pink teddy bear became her constant companion. His fur was soft and fluffy, the ribbon around his neck clean and satiny. His stuffed body was full, soft and huggable. When she started preschool and needed a comfort object to ease our goodbyes, Pink Bear was there. She clung to him, sometimes all day at preschool, and at home he practically became the fourth member of our family.

Pink ate dinner at the table with us and had the exact same bedtime routine as my daughter, ending with kiss from me on his furry head. He rode in the car, buckled in his own seatbelt. He travelled on vacations with us and on trips to the grocery store. He not only came to every real party in our family, he also had countless play parties and tea parties thrown in his honor.  When my daughter was potty trained, so was Pink, and I could hear my daughter giving him strict instructions as he sat dutifully on the potty chair. My husband and I joked that we didn’t need another child, because we had Pink Bear.

I was grateful that my daughter found such comfort in her stuffed animal. My daughter loved Pink, so I did too.  But I’d be lying if I didn’t admit there were days when I wanted to wring his pink, furry neck. When I was overwhelmed and exhausted, it was hard to muster patience and a kind voice for an inanimate object.

My daughter insisted that Pink Bear be dressed every morning before school (and let me tell you, dressing a stuffed animal, including shoes and socks, is more time consuming than dressing toddler.)  He often required a full place setting at the dinner table and my daughter insisted that we include him in our conversations. One Friday, my husband drove back to the preschool through rush hour traffic because we’d forgotten Pink at school and my daughter couldn’t possibly sleep that night without him. Her love for Pink had become an obsession. For our family’s sanity, he had to be demoted. Pink was no longer an honorary member of our family. He was simply a stuffed animal, and would be treated as such.

Even so, he continued to be a constant, if less demanding, companion for my daughter. When she was 4 ½ and about to start Pre-K at a new school, I fretted over how to prepare her to leave Pink Bear at home.  I dreaded the emotional fallout their separation was sure to cause. But on the first day of school, my daughter said matter-of-factly with no prompts from me, that Pink Bear needed to stay home. She would tell him about school when she returned.

Of course I was happy for her and her new found independence. I was hugely relieved. But I’d be lying if I didn’t admit I was a little heartbroken.  Poor Pink Bear! Poor me. We were left at home, while my daughter went out to discover the world on her own.

I feel strongly that one of my most important responsibilities, as a parent, is to prepare my child to thrive in the world without me. She is not mine to keep. But is there a more heartbreaking contradiction than knowing that the person you pour your love and devotion into every second of every day is going to leave you? They are supposed to leave you. Knowing this is the natural order of things doesn’t make it easier.

Luckily, for me, my daughter didn’t go cold turkey. There are still many nights when she hugs Pink Bear tight. There are also nights when she falls asleep without him, and I sneak in to tuck the floppy old bear with matted fur under her arm. It is I, now, who probably gets the most comfort from Pink Bear. My baby is not completely grown up, yet. 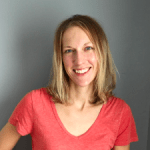 ABOUT THE WRITER Jennifer Meier
JenniferMeier.com

Jennifer is a freelance writer and mama of two girls, living in Los Angeles. Once upon a time she attended culinary school and worked for restaurants, catering companies, and cheese and wine shops on both coasts. These days, she can't believe how hard it is to simply get dinner on the table.

View More Editions
Red Tricycle > Spoke Contributor Network > Your Child is Ready to Get Rid of Their Lovey. But You’re Not.