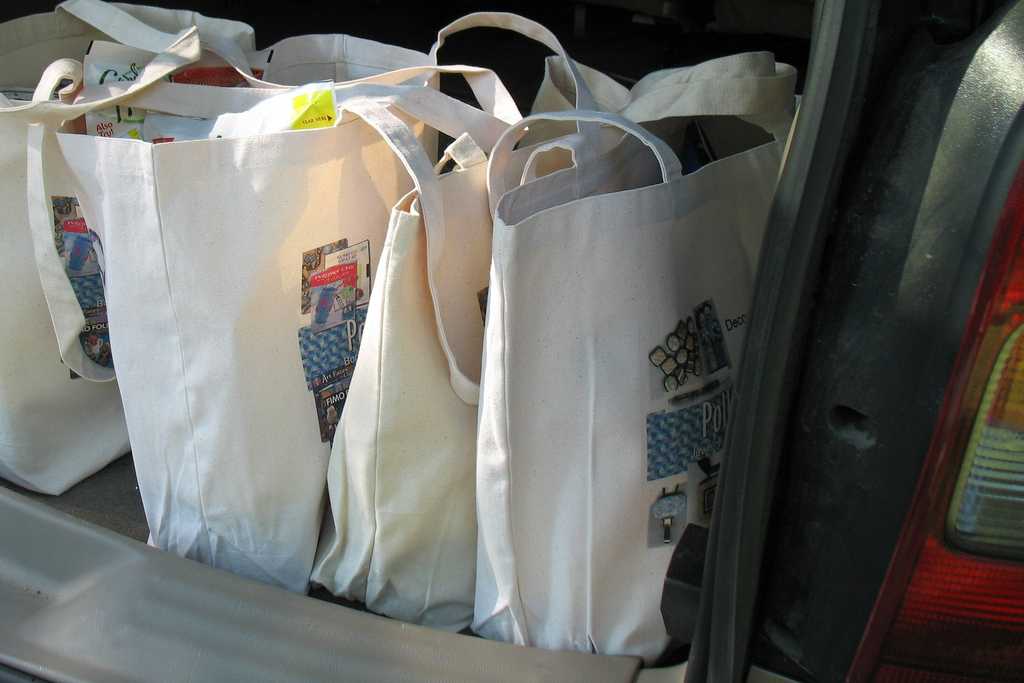 Right when we thought we’re saving the planet by switching from plastic bags to canvas or cotton tote bags, a study on grocery carrier bags conducted by the UK’s Environment Agency proves us wrong. Retailers started pushing tote bags as early as 2007 to promote sustainability, on the assumption that reusing the same bag can help curb customers’ carbon footprints. Some stores include a five or ten cent fee per plastic bag you use, just so we can be more environmentally conscious.

According to the study, the conventional plastic bags you see at grocery stores are made from high-density polyethylene (HDPE), and have the smallest per-use environmental impact. Cotton and canvas tote bags, by contrast, exhibited the highest and most severe global-warming potential by far since they require more resources (such as CO2) to produce and distribute. It said reusing a single plastic bag three times has the same environmental impact as using a cotton tote bag 393 times. Eek.

But what about the all those plastic bags in the oceans?

“The impact was considerably larger in categories such as acidification and aquatic & terrestrial ecotoxicity due to the energy used to produce cotton yarn and the fertilizers used during the growth of the cotton,” the study says. Yeah, leaching sucks.

To read more about this topic, check out Noah Dillon’s, of The Atlantic, take on this.

Are you on team plastic bag or team tote bag? Let us know in the comments below.