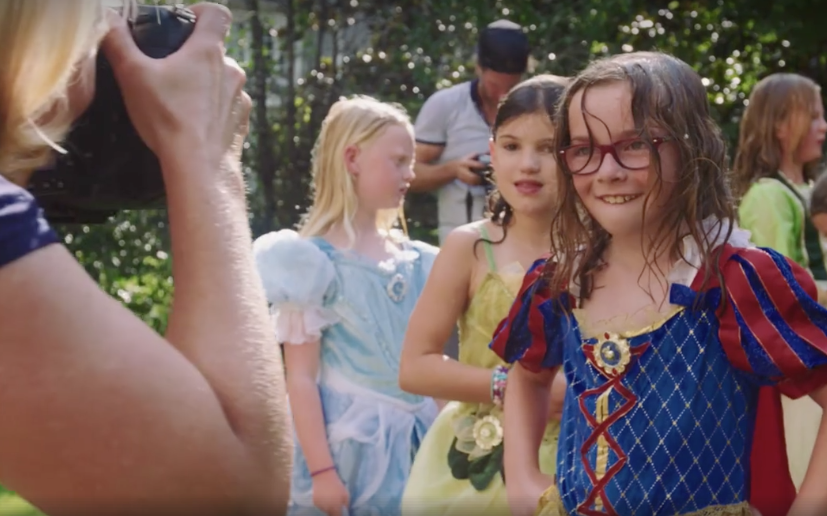 From the time they can pull on a costume, it seems little girls everywhere love pretending to be princesses. But what sort of princesses are they hoping to be? A Cinderella? An Ariel? A Moana?

How about something a little more real? Leave it to Disney to pick up the slack when it comes to grounding our aspiring royal ladies. As a part of its “Dream Big Princess” campaign, Disney challenged 19 female photographers from 15 countries to “create powerful images of real-life role models.” The hope was that these real-life “princesses” would give girls all over the globe a real role model to aspire to.

The results are fantastic — and you’re going to want your daughters to see them. Because while these strong young women may not have any pixie dust or animated singing sidekicks, they’ll mesmerize you (and, hopefully, your little ones) just the same.

“I always welcome a chance to chip away at the images girls see every day where they’re smiling, they have perfect hair,” photographer Kate Parker told the HuffPost (that’s her daughter in the above picture, covered in mud). “That’s not necessarily their true personality, it’s what people expect.”

Besides photographing her daughter as a dirtied-up Snow White, Parker also took pictures of a runner named Grace who lost her leg to cancer and who is still training for a 5K, even while undergoing treatment.

Among the other girls featured in the campaign: there’s Ta’Kaiya, an environmental activist and the youngest girl to ever speak at the United Nations; Josephine, Lucy and Rose, the first female wildlife rangers within the Kalama Wildlife Conservancy in Kenya; and Zakia, the captain of the women’s cycling team in Afghanistan.

Click on the link below to see some of the pictures and watch the inspiring video.

The best part: You can help! From now until October 11, if you “like” a #DreamBigPrincess photo on Facebook, Instagram or Twitter — or post one with the tag #DreamBigPrincess — Disney Worldwide Services will donate $1 to Girl Up, the United Nation Foundation’s campaign to support the empowerment of girls everywhere. The foundation will donate a minimum of $500,000 with a maximum of $1 million.

What do you think of this photo campaign? Tell us your thoughts in the comments below.